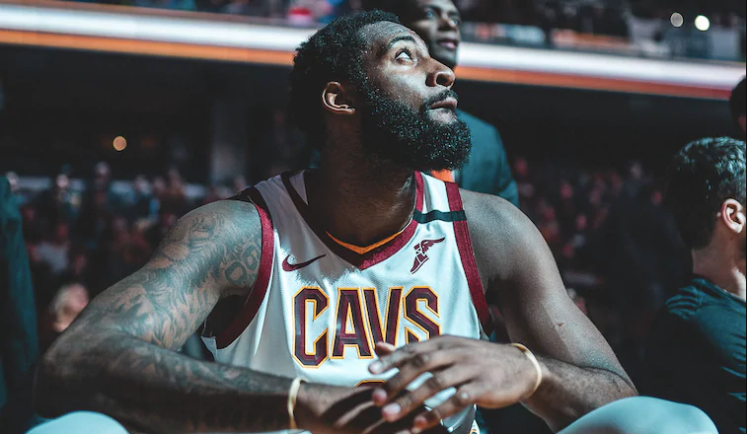 In case you are new to the site and a first-time reader, 4 Pennsylvania Plaza is our first adventure into the land of fantasy basketball.

Despite not having a solid game plan on constructing a basketball team for success, we embarked on a journey for a title in the Yahoo league The Bubble.

There were no NBA games on Christmas Eve, so action continued on Friday, where our lead was cut down to 49.30 points. Things took a horrific turn for Giannis on Saturday as we scored 358.50 points to all but seal the matchup in our favour. Another 245.90 points on Sunday gave us a resounding 220.37 point victory. 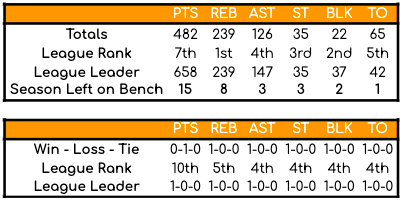 The first few weeks of team statistics are always too tough to crunch. The answers are always so simple in the beginning, and your ranking isn’t as significant in week one compared to week eight when you are fighting for a playoff spot and a handful of matchups left.

As pointed out a dozen times on this site, every fantasy team manager’s goal is to win a championship. It is important to stay within the top five of any scoring category if you wish to produce a winning record. Right now, 4 Penn Plaza’s lowest rank is in the points scored category, where we have the seventh-best numbers. That category is projected to be our Achilles heel all season, so it is not of much concern since we rank in the top five in the other five categories, with rebounds being our best, first overall. 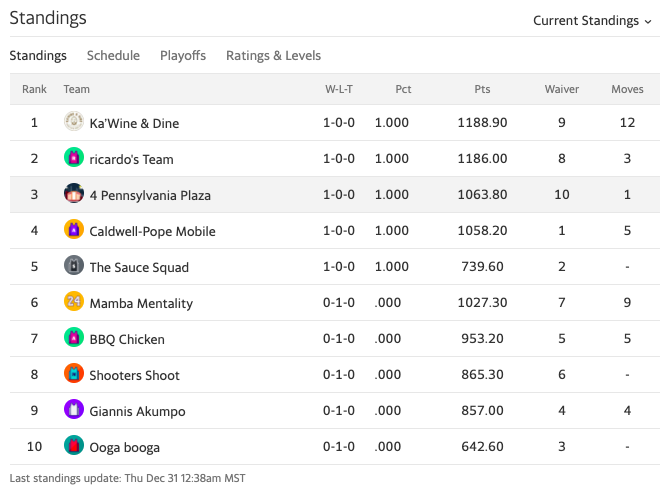 Week one produced five winners and five losers. We currently sit in third place thanks to having scored the third-most points to open the season. The fifth overall team, The Sauce Squad, is the only winning team that failed to reach the 1000 point mark in their matchup, while Mamba Mentality is the only losing team to eclipse the four digits.

The NBA season opened with a boatload of games, which meant some players could not get into our lineup on opening night. The day after Christmas also featured the majority of the league on the court, which meant a total of three players scored points this week but were not factored into the final score.

Matisse Thybulle didn’t contribute much on the scoresheet with just 1.20 points thanks to a single rebound to earn the season’s first dud award.

4 Penn Plaza did not make any roster moves during the first week of action.