Book Summary: Roy Hobbs had a promising baseball career ahead of him until a fateful night at a hotel changed his destiny. Many years later, Hobbs finally got his shot, but his demons never let him shine. 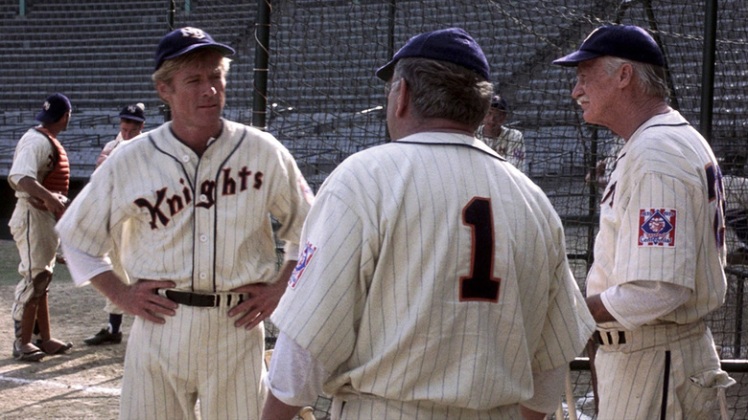 If you were my friend or follow my movie reviews blog, you would know that The Natrual (1984) with Robert Redford is my favourite baseball movie. People consider other films like Bull Durham or Field of Dreams as the greatest baseball movies. I’m afraid I have to disagree but to each their own.

It has taken me a long time to finally read The Natural by Bernard Malamud since he first wrote his manuscript in 1952. Since I was a massive fan of the movie, I had hoped that the writers stuck to the original story and that Roy Hobbs was still a hero.

It has taken me a long time to finally read The Natural by Bernard Malamud since he first wrote his manuscript in 1952. Since I was a massive fan of the movie, I had hoped that the writers stuck to the original story and that Roy Hobbs was still a hero.
When there was no baseball during the 2020 summer months, I finally picked up The Natural.

After finishing these 231 pages, this book ended up being one of my biggest regrets.
Hollywood is known for taking origin stories and twisting them into something they were not. That is the case with The Natural. If you’ve seen the film, then you might as well forget about the heroics at the end, when Roy walks it off with a home run that breaks the stadium lightning, causing a bevy of fireworks to rain down on the field. The film writers sure spiced up the final moment because the book ends on a completely different note. Instead of ending with a wham, it ended with one of the most anti-climatic duds I’ve ever read. The boy ruined one of my favourite movie moments, but that’s Hollywood for you.
It is tough to sit here and not compare the book from the film, but most sports fans have seen The Natural. The book is just so different; it’s almost criminal.

While you flip through the pages of the book, you’ll see Roy Hobbs isn’t quite the same person you come to know and love in the film. Yes, he is an old guy still trying to make it as a professional baseball player, but his mind is filthy. The way Malamud describes Memo Paris is just vulgar and inappropriate at times. I understand that this book is over six decades old, and the terminology was quite different, but I never thought I’d hear one of my fictional heroes talk about women in the way he does. Deep down, he may be a romantic since he wants to run away and have a family, yet he has strong sexual desires as a guy. 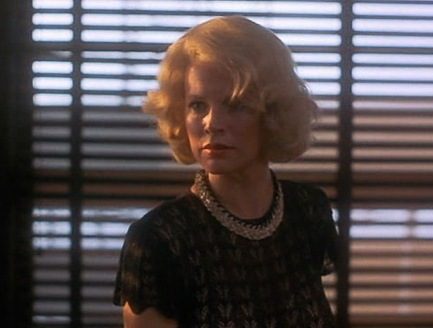 The story stays the same with the characters and their outcomes; however, I was puzzled about why the story arc with Iris is entirely different from book to film. I much prefer the film story, since the book is just a mess. For those who don’t understand, Hobbs reconnects with an old flame in the middle of the season (film), whereas the original story had them meet by chance in the middle of the season. Roy was a dad to a teenage boy on the big screen, whereas he gets Iris pregnant after their first meeting. You could sense the connection of the characters in the film, only in print; Roy ends up with Iris because she’s pregnant. It was pretty different, and not all the sunshine and rainbows I had come to know from the two.

Except for his two lady problems, the story and film stick to Bernard’s original story. I’m thrilled that the film’s writers changed the final act because the book sucked. Don’t get me wrong, it was by far more realistic, yet I wonder why he built up the man, the myth, and the legend Roy Hobbs to have him end his career with a whimper. 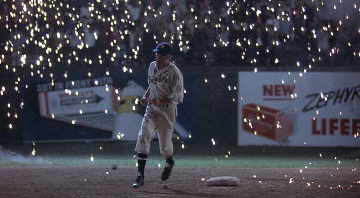 It will surprise a handful of you, but I have read a few books in my life. A majority of them have turned into films, and The Natural is one of them. Out of all the baseball books I have read, this is by far one of the most disappointing. Bernard Malamud’s version of Roy Hobbs was something unexpected and caught me off guard. I wasn’t a fan of that man, and if this book were the only version I knew, I would have never been a fan of the man known as The Natural.