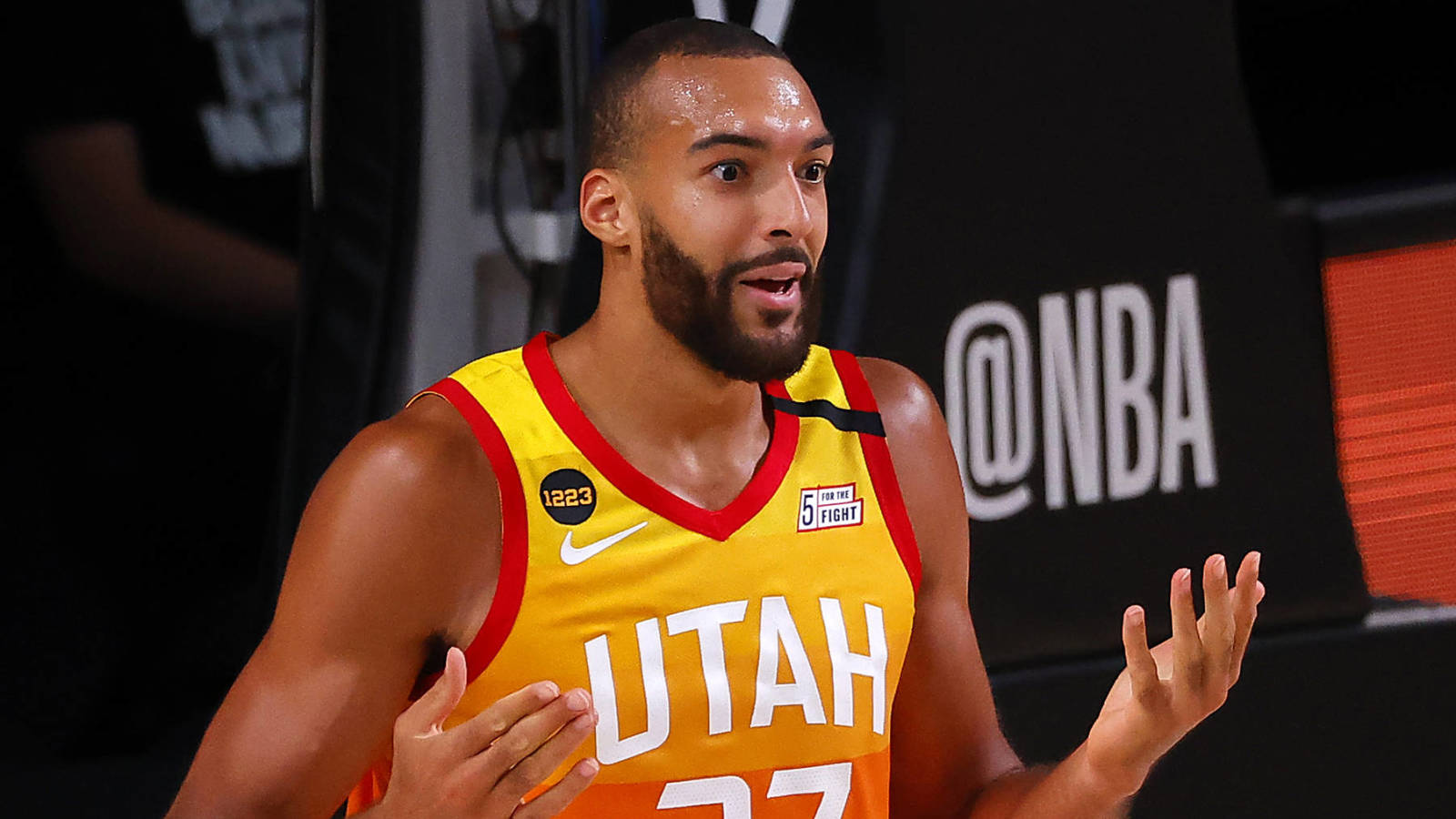 In December 2020 we were approached by a friend to join this public NBA fantasy league. We intially agreed because it would complete our fantasy portfolio, having managed a team in all four major sport leagues.

4 Penn Plaza may have finished in the sixth overall spot in the league, a little bit lower than what was originally projected. No matter how things turned out, for a manager with limited knowledge of the current state of affairs in the NBA, our 8-8 record was quite impressive.

When the action tip-off this week, we were 233.44 underdogs to begin with. Although we managed to keep the matchup closer than that number for the first two days, it was all downhill from there and we lost by more than double the original projections.

The Sauce Squad, who finished 2-1 against us during the season, outscored their projections by 35.27 points and came 232.39 points short of ours. This week’s projection shortfall was the worse deficit of the season.

4 Penn Plaza found themselves on the losing end of the daily scores for seven days. The matchup was never really close since we scored less than 200 points for five days. Even on the two days we scored over 200, the deficit was too significant for us to overcome. We averaged 169.67 daily points while the matchup deficit ran close 313.10 points. 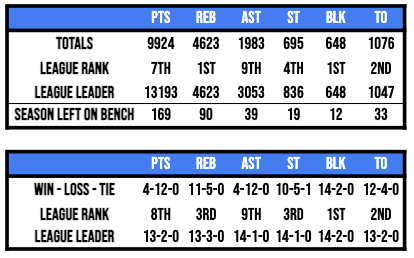 If you have been reading about our recent games, you’ll probably remember how disappointed we were that after 11 weeks as the top team regarding rebounds, we had lost our step and slipped to the second spot. In the final three weeks, the complaining must have paid off as 4 Penn Plaza rebounded like crazy and regained the top spot in the first week of the playoffs and finished their second round still in first.

One pleasant surprise was turnovers, where we finished in second. Fewer turnovers were positive, yet our goal was to hit home runs in the categories that scored extra points.

Overall, there were six scoring categories. We finished in the top two in half, also with a top-four finish, before bottoming out in the final two categories, which contributed to our 8-8 record. 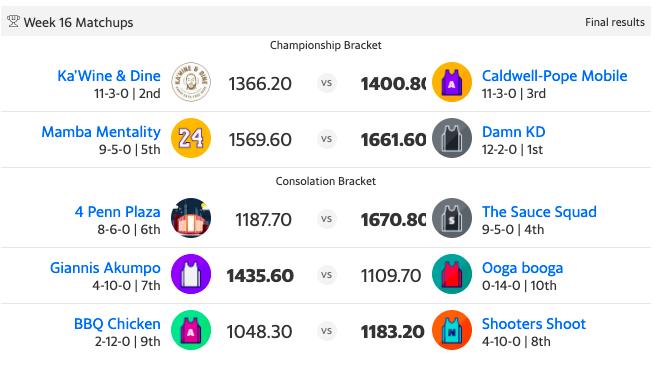 Week 16 weeded out the contenders and the pretenders. Unfortunately, we were in the pretender’s group as our season came to an end, along with The Sauce Squad, who destroyed us in the second round of the consolation bracket.

It is quite puzzling that both teams from our matchup found themselves outside the bubble. The Sauce Squad finished 4th overall, won their matchup in the consolation bracket, yet witnessed their season also come to an end.

The Championship bracket features the number one team in the league, Damn KD, who will battle against an underdog Caldwell-Pope Mobile who beat us in the opening round of the playoffs.

Somehow Ooga Booga, who went winless the entire season, has a matchup in the upcoming week against BBQ Chicken, who collected just two wins themselves.

As pointed out before, our matchup was all but over by the middle of the week. We only made two roster adjustments to run out a full lineup. Injuries were our most significant stumbling block for the second half of the season and were ultimately our downfall in the playoffs.

Dean Wade (Cleveland) joined the team because he had back-to-back games, giving us a chance to score some points instead of leaving an empty spot in the starting ten.

Donte DiVincenzo (Milwaukee) was initially one of the draft choices who found the waiver wire in the season. He came back to us and was injured down the stretch, leaving us without a point guard. We rolled with his “game-time” decisions but finally decided to cut ties and employed someone who regularly played Elfrid Payton (New York).