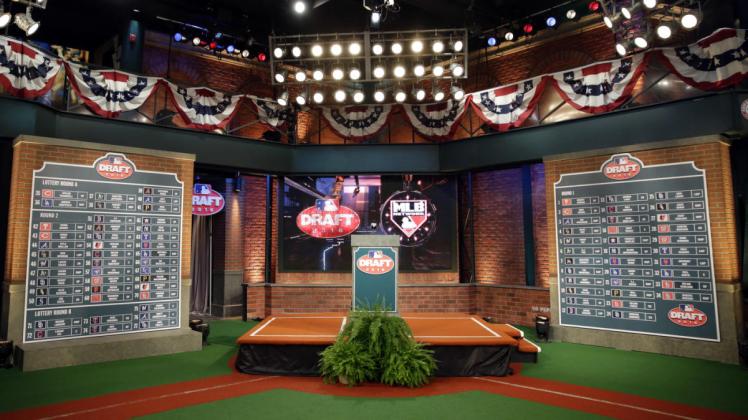 Last year my team finished in eighth place in an eight-team league. I finished some 20+ games behind seventh-place because my one team strategy blew up in my face. During the 2018 Fantasy Baseball Season, I only drafted players from the New York Yankees. The Yankees did have a fantastic season in real life which sadly didn’t transcend into the fantasy world. I actually wrote up an article about my struggles, you can find the link here: Fantasy Baseball 2018 Recap.

Over the offseason, I spent many sleepless nights thinking of ways to construct a team that will actually get me into the postseason and make a run for the championship. I bought a handful of magazines to study, I read a lot of baseball articles and participated in eight mock drafts. I came up with a strategy on how I wanted to attack this season, and it was simple, load up on star pitching. After collecting eight dominate pitchers, my focus shifted to hits and batting average. Runs Batted In, Runs, Home Runs, and Stolen Bases are key stats to have, but I figured I could pitch my opponent into submission. If I can win the batting category every week, then I’d win every matchup by a score of 6-4. If I win anything else, that will be a plus, but my goal is Batting Average, Wins, Strike Outs, Saves, ERA, and WHIP.

My only concern was getting these same players, which as fate would have it, did not happen. I’ll get into those details in a minute. With my first selection, I went with Max Scherzer (SP / Washington), the highest-rated pitcher in the game. Of course, Mike Trout went first followed by reigning American League MVP Mookie Bettes third overall. As a Yankees fan, I refuse to draft, sign, or trade for any Boston Red Sox player, no matter how great they are. I can’t even fathom having one of those guys on my team, let alone rooting for them to have a good night. The rest of the first round went like this: Nolan Arenado, Jose Ramirez, Trea Turner, J.D. Martinez, Christian Yelich, Ronald Acuna, Jr. and Aaron Judge.

In the second round, I went with Justin Verlander (SP / Houston) and then Gerrit Cole (SP / Houston) with my third selection. In the fourth round, I went with Noah Syndergaard (SP / New York Mets). The decision was a toss-up between Syndergaard and Walker Buehler (SP / Los Angeles Dodgers). Thor had slightly better numbers, so I selected him. So far my starting pitchers were among the elite in all baseball, so my focus shifted to relief pitching with my next picks.

Edwin Diaz (RP / Mets) was my next pick in the fifth round as the first relief pitcher taken in the draft. Kenley Jensen (RP / Dodgers) also went in the fifth throwing a wrench into my bullpen plans. Not all was lost since I picked Blake Treinen (RP / Oakland) in the sixth. I went against my no Yankees rule this season to select Aroldis Chapman (RP / Yankees) in the seventh. In the mock drafts, I was able to get Jensen and Chapman, so I didn’t focus on anyone else. Since Jensen was gone, I made a panic decision in the eighth round with Nicholas Castellanos (OF / Detroit). He wasn’t meant to be my first non-pitcher selection but was one of the best available in the heat of the moment. Next up was Scooter Gennett (2B / Cincinnati) as I started to build my positional players.

One mistake I made over and over again in the mock drafts was with the catcher position, so I drafted Buster Posey (C / San Francisco) in the ninth round to secure that position. I was concerned that I’d be left with a backup catcher who doesn’t get a lot of at-bats. Posey bats around .300 every year so he was my one and only target. I selected David Peralta (OF / Arizona) in the 11th round and lost out on Travis Shaw (INF / Milwaukee) in the 10th. I wanted Shaw because he plays all infield positions and could be used every day.

I thought about adding Madison Baumgarner (SP / San Francisco), but he went early in the 12th round. I reverted back to my mock draft list and snagged Ender Inciarte (OF / Atlanta) instead. Elvis Andrus (SS / Texas) was my pick in the 13th because he was one of the best shortstops left at this stage of the draft. I really only scouted him, and that selection should pay off in the long run. Because I was short one elite relief from my game plan, I selected David Robertson (RP / Philadelphia) (former Yankee) in the 14th round. My pitching staff turned into an elite group of guys, most teams would die to have in real life.

The draft fell apart for me right after as Yuli Gurriel (INF / Houston) was selected with the very next pick throwing the bottom half of my selections out the window. I was selecting him with my 20-23 pick every mock draft, and in real life, he went in the 14th. The guy who chose Gurriel also picked first in the 15th round and took Chris Taylor (INF / Dodgers), the other secret weapon I so cavitated. Both guys were gone in back to back picks. Now my final few picks would be randoms, and I had to scout on the fly.

I went back to my mock draft drawing board where I just selected who was next on the list, Billy Hamilton (OF / Kansas City). I seriously only got him because he stole 46 bases last year, so I am counting on him to carry the majority of my team in the category. If he only collects 16 stolen bases, he can still hit for average and maybe have a solid season at the plate.

Yadier Molina (C / St. Louis) is one of my favourite players in the game today. He went early in the 16th round giving me no option for a desirable backup catcher. Since Posey can also play first base, I had hoped to send both of those guys out on some days. Since my draft selections were out of whack at this point, I started to stress and picked Mike Moustakas (INF / Milwaukee) in the 16th. To be quite honest, I never had my eyes set on him, but he can produce.

In the 17th I picked Carlos Santana (INF / Cleveland) hoping that his home run and RBIs totals would bounce back and give me options at first and third. I kept an eye on Brian Dozier (2B / Washington) who is a run-producing machine, but he went late in the 17th, so I picked Odubel Herrera (OF / Philadelphia) late in the 18th instead. Because things were winding down, I selected Arodys Vizcaino (RP / Atlanta) in the 19th. He was ranked far beyond the Top 250, so I planned on saving him until the very end. That gamble paid off since he’s projected to get over 40 saves this season.

Like I mentioned before, my plans on having numerous players capable of playing multiple positions failed in the mid-rounds of the draft, so I scrambled to find backups for my infielders. I chose Andrelton Simmons (SS / Los Angeles Angels) in the 20th round and was able to scope up Trey Mancini (1B / Baltimore) in the 21st. Trey was always in my mock drafts because he can play first base and the outfield while hitting home runs with a high batting average.

My final two selections were Nick Markakis (OF / Atlanta) who gets a lot of hits and Brian Anderson (3B / Miami) because he plays third base and the outfield. I knew nothing about Anderson, but saw his middle of the pack numbers and thought I could plug him in whenever I had a hole to fill.

The draft could be considered a success because I was projected to finish fourth overall and only the top four make the postseason in our league. I didn’t get everyone on my wishlist and hopefully the guys I scrambled for and made quick decisions about end up helping me in the long run. I would be open to trading players at some point. A buddy of mine mentioned that since I have elite pitching, I could use those guys as bait to land myself a bigger fish than I planned for. Here’s hoping for a successful 2019 fantasy baseball season.