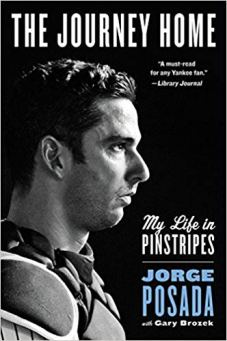 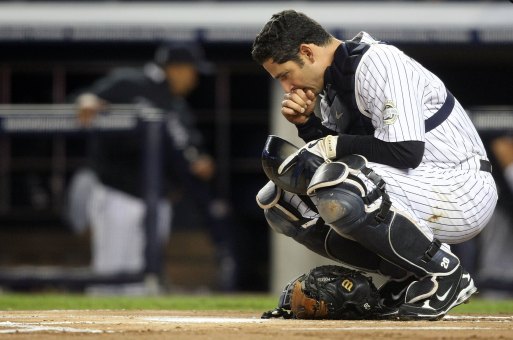 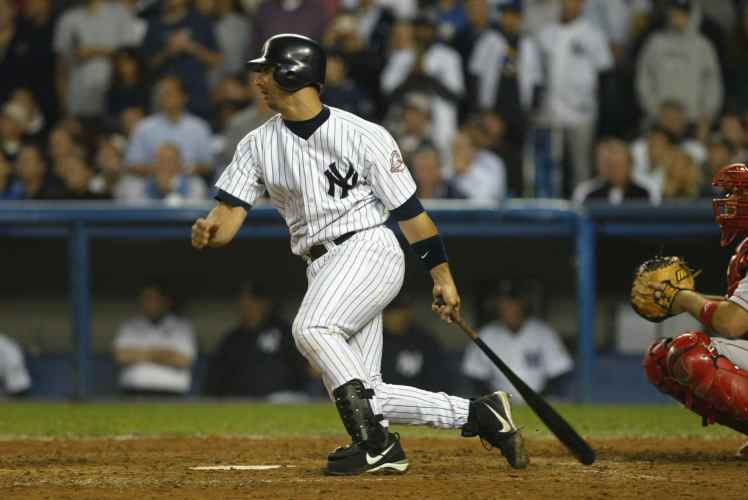 In 2015 there was a massive debate that erupted in Major League Baseball and New York City. The issue at hand was whether longtime Yankees catcher Jorge Posada was worthy enough to have his #20 retired to Monument Park at Yankee Stadium.

The New York Yankees ownership group considered bestowing the honour on their former catcher, who wore pinstripes from 1995-2011, winning four World Series championships and being a vital member of the “Core Four.” His three teammates, Captain Derek Jeter #2, Marino Riveria #42, and Andy Pettitte #46, all had their numbers retired, leaving the last member of the group, Posada, to join them once again.

Posada was the only catcher I ever knew for the New York Yankees, so I was eager to read his biography. I had spent countless years watching this switch hitter go up to bat every game without batting gloves. I needed to know why. I also wanted to relive his bases-clearing double in Game 7 of the 2003 American League Championship that delivered a deadly blow to the Boston Red Sox, who were on the verge of advancing to the World Series. How different history would have been if Posada didn’t get that hit.

I got many of my questions answered in his biography, The Journey Home: My Life in Pinstripes.

Posada didn’t wear batting gloves because his father put him to work in the yard, raking and shovelling from a very young age. He did all that hard work barehanded to build up tough skin on his palms. After sweating all day, he would take his bat and swing at the tires for countless hours, building up his stamina in the process.

Some may call me crazy for not knowing every detail about every player, but I did not realize that Posada was initially a second baseman. He gave it his best, but he didn’t seem to have the right tools for the position as he progressed higher in the sport.

Although his journey from infielder to backstop was unique, it happened by chance. After an injury to a teammate, Posada volunteered to catch. He played randomly at the beginning, but it appeared to be the place he excelled. Donning the mask and pads earned him a chance to get drafted, where the book goes into detail about how badly he wanted to play for the Yankees and what it would have meant for his family. After his selection in the 1990 draft, Jorge moved to the United States to play college ball with hopes of making the big club.

Like most people who move to a new land and don’t speak the native language, Posada struggled at school. He didn’t have a lot of friends and tried to make it work between ball games. Much like other legendary players of the game, Posada’s love of the game is unmatched. He wanted to play day and night, and when he wasn’t, he wanted to study the game. He tried to get better and use whatever he could to his advantage.

Posada almost didn’t make it to the MLB after a scary injury in 1994 during a Triple-A game. He found himself on the wrong end of a collision with the home player, which destroyed his leg and ankle, ending his season.

After a quick stop in the big leagues in 1995, Posada finally managed to stick around in 1996. He played back up until 1999, when he took over full-time duties and helped bring the World Series title back to New York three times.
The book takes us through the highs and lows of those early years, which included his attempts to get in better shape and improve his switch-hitting abilities. Family is significant to Jorge, so no matter what experience we see him go through, his family was always there.

As his career progressed, his English became better, and he managed to meet his wife, Laura, at a softball game. As the umpire of the game, the pitcher caught his eye. After recounting his first few dates, it was pretty charming to see the love blossom between the fitness instructor and the professional baseball player and how they made those few months work.

A section in the book focuses on Posoda’s whereabouts and his efforts to help with the September 11th terrorist attacks. This book marks the third time I’ve read about a New York Yankee who was heavily involved with helping those affected by the tragedy. It is incredible what these ordinary people did for their community when people thought they were heroes, but of a different nature. Like most people in the world, no one knew what to do or what to expect. Posada was scared about his family and his boy, who was also in the hospital at the time.

Most fans know that eventually, Posada found himself out of the lineup regularly. Because he was never known as the most in-shape guy on the team, by the mid-2000s, his game slowly started to fade away. The Yankees wanted to go in a different direction, which only got aided by Posada suffering a significant injury for the first time in his career. By then, his relationship with the team brass soon toured sour, and he began to play with a chip on his shoulder, which hurt his production on the field.

Sadly, my generation’s best Yankees catcher disgruntledly retired in 2011 to save any dignity he had left. Although he swore he had more to give, he refused to play on any other team.

One of Posada’s most remarkable stories was about his catching mitt from the David Wells’ perfect game in 1998. He still had that glove almost 15 years later, but the glove got damaged in a storm, and he eventually had to throw it away. Little things like that meant a lot to him and gave me a much deeper appreciation for the only guy I remember being there for every pitch, year after year.